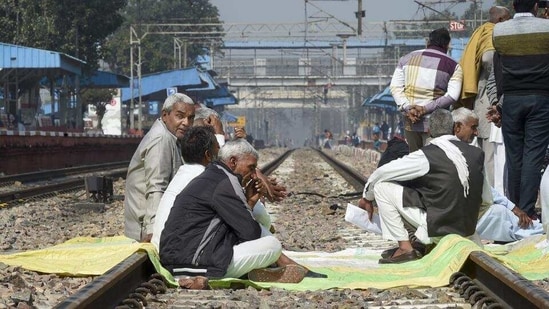 On Thursday, farmers in Uttarakhand`s Haridwar and US Nagar district staged protest today in the Rail Roko agitation. There was no disruption of trains.

“No other incident of farmers stopping trains on railway tracks was reported from the district. Trains operated normally with only one train — the Haridwar-Bandra train arriving fifty minutes late”, railway officials said.

The police tried to stop the farmers but after arguments, they went inside and did the protest. 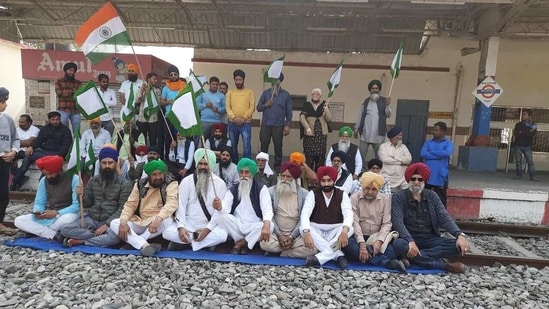 The farmers will not give up until the government takes the laws back, said, Bharatiya Kisan Union Garhwal division president Sanjay Chaudhary.

The arrival and departure of trains were normal but only 9020 Haridwar-Bandra Express was late in arrival.

Superintendent of Haridwar Rural Police, Padmendra Dobhal, said, “the farmers staged a protest for an hour and then handed over a memorandum to SDM Pooran Singh following which they ended their protest.”

Tajendra Singh Virk, president Terai Kisan Sangthan said, “Farmers protested for the withdrawal of the three farm laws. We want to open the eyes of the Modi government.” “Farmer leader Rakesh Tikait and other farmer leaders will address a Mahapanchayat to be held here on March 1. We will gather more than 30,000 farmers across US Nagar district for the Mahapanchayat,” said Virk.

No trains were disrupted in the district as they were suspended due to Covid-19 outbreak.

The Uttarakhand Kisan Sabha held a public meeting at Gandhi Park in support of the Rail Roko agitation and demanded withdrawal of the new farmer laws.

“There was no protest here under Rail Roko. Nevertheless, as a precaution, the GRP force had also been deployed along with the RPF,” he added.

Uttrakhand CM says Haridwar will not turn into Wuhan

As the Kumbh Mela is about to start in February, Chief Minister Trivendra Singh Rawat said that the Uttarakhand government will not take any risk ... Read More

On Wednesday, the Uttarakhand government released a new set of guidelines to be followed in the state. In view of Holi, Mahakumbh and other festivals, ... Read More

Kumbh Mela that is the most sacred pilgrimages is restricted to 30 days this year by the Uttarakhand government. By the end of March, the ... Read More