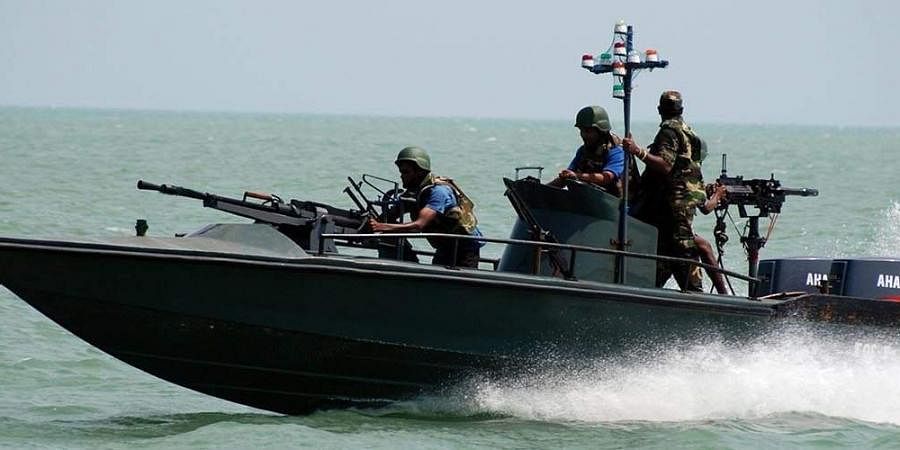 A close cooperation between the navies of the two countries India and Sri Lanka has been seen as an essential part of the overall bilateral engagement as India`s envoy gave training aids worth 22 million LKR (about Rs 81,00,000) to the island nation’s Navy for capacity building.

In a ceremony held at the Naval and Maritime Academy (NMA) Trincomalee, on Sunday, the High Commissioner Gopal Baglay, handed over the training aids to the Commander Eastern Naval Area of the Sri Lanka Navy during his visit to the Northern and Eastern Provinces of Sri Lanka.

Chief of the Naval Staff Admiral Karambir Singh had committed to provide training items to the Sri Lankan Navy. During a visit in December 2019, he had said that the Indian Navy would assist regional navies in capacity building.

In 2020, with a focus on supporting specialisation courses being conducted at NMA, Sri Lanka Navy model of indigenously developed Varunastra heavy-weight torpedo, working model of Light Weight Torpedo, Underwater Telephone, Gas Turbine cut Model, a model of HMS Trincomalee and Bathythermograph were delivered in Sri Lanka. These models were operationalised with Indian Navy, Sri Lankan Navy and OEMs from India.

While formally handing over the training aids, the High Commissioner repeated the importance of close cooperation between the two navies.

The library of the Naval and Maritime Academy was given books and Kindle e-books reader.

During his visit to Trincomalee, the High Commissioner has also visited Cod Bay Fishery Harbor.

On 13 March 2021, High Commissioner visited the site of the proposed solar power Plant located at Sampur which is to be developed as a Joint Venture between India and Sri Lanka.

He also visited the Upper Tank Farm and was briefed about its potential and possibilities for development.

Secret US strategy to strengthen India against challenges from China

To strengthen India’s capacities and work with other like-minded countries and act as “a counterbalance to china”, a secret US strategy for the Indo-Pacific was ... Read More

India is set to join 2 crucial meetings which are being conducted to decide the future of Afghanistan. So far India has just been watching ... Read More

As a part of the supply of 160 coaches to Sri Lankan Railways, Sri Lanka has received ten state-of-the-art railway passenger coaches from India by ... Read More