Tractors fall short, farmers to carry on rally on foot Farmers that have been protesting at Delhi`s Singhu border for the last two months started marching towards the national capital on Tuesday. The farmers are taking out the rally on tractors against the three agriculture farm laws that were passed by the Centre in September in 2020.

The ‘tractor parade’ is schedule to begin at 12 pm after the Republic Day Parade at Rajpath. Many farmers were seen walking towards for the parade. 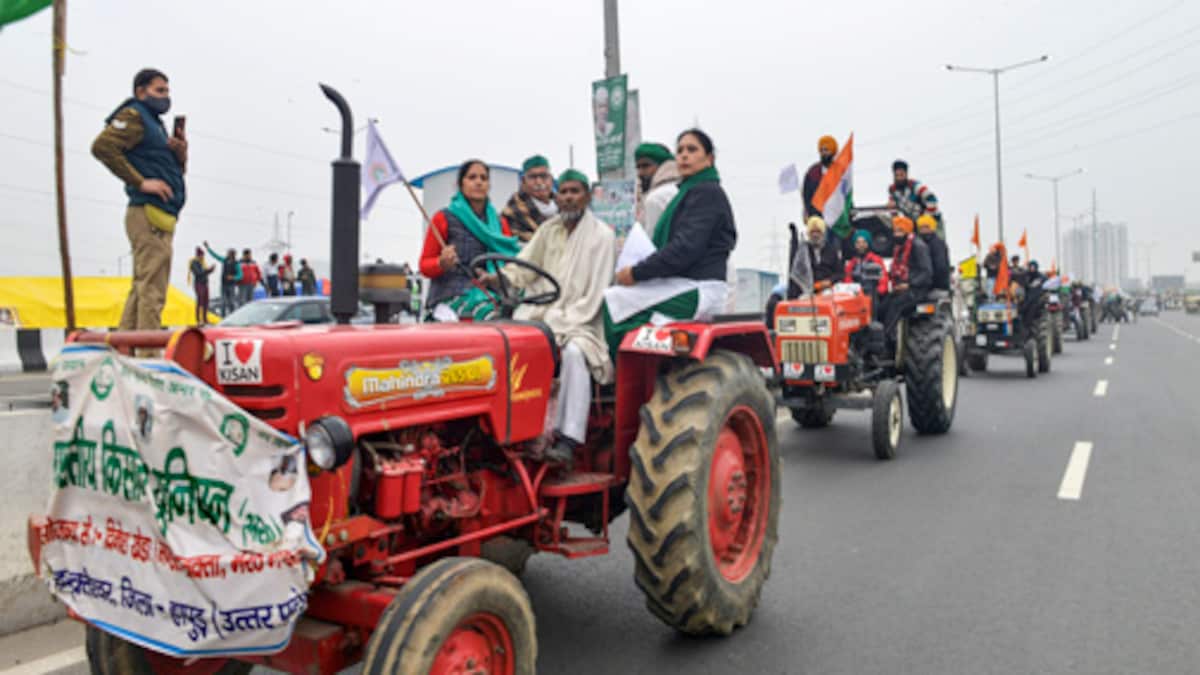 Satnam Singh, a farmer from Tarn Taran driving a tractor, said “the rally will go on till the next day. The police, however, have allowed them to carry out the tractor march only till 5pm, according to the No-Objection Certificate (NOC) given to them”.

The farmers who were walking towards the parade were seen on one side of the road while the others on vehicles were on the other side. “There are just so many farmers that tractors have fallen short,” Satnam Singh said.

The tractors were decorated with national flag and had food and water stalked in it as the farmers from all the borders will join the rally on Tuesday.

The police said, “about 30,000 tractors are likely to participate in the rally, but farm leaders said the number of vehicles will be closer to 200,000”.

Farmers from Tikri border are also expected to reach Delhi. “We are in touch with the Uttar Pradesh Police and farmer leaders. We have deployed drones for security surveillance during farmers tractor rally,” deputy commissioner of police, East Delhi, told news agency ANI at Ghazipur border.

The Samyukt Kisan Morcha had on Monday said, “while the Republic Day rally is planned as a one-day event, the scale of the protest could mean that the rally could spill over to the next day by the time they return to their starting spots located at three different rally routes in and around the Capital”.

Many farmers from Punjab and Haryana have been campaigning at Delhi border since November 26 against the three farm laws.

All you need to know about Chakka jam tomorrow

On Saturday, an all India ‘chakka jam’ has been called for, for three hours. Farmers have been protesting since last 2 months at Delhi borders, ... Read More

As Aam Aadmi Party is trying to create space in Uttar Pradesh in the assembly elections of 2022, the chief minister of party, called himself ... Read More

On February 28, Delhi Chief Minister Arvind Kejriwal will extend his support to the protesting farmers by addressing a ''kisan mahapanchayat'' in Meerut. On Monday, ... Read More