After a powerful performance in ‘Panga’, Richa Chadha has now announced her much-awaited film in Subhash Kapoor’s directional ‘Madam Chief Minister’ for which she did the shooting all through in Lucknow November and December last year.

Director Subhash Kapoor has created a political drama film, and surely it would have been a crackling script that immediately drew Richa in.

Subhash had been working on the script for many years and Richa was an obvious choice for him, as she is politically and socially aware actresses of today.

Last year, her film triggered a nationwide conversation on rape laws in her film ‘Section 375’, which was directed by Ajay Bahl. The actress always believed that more stories need to be told about women in leadership roles and she is delighted to be a part of ‘Madam Chief Minister’.

Richa says, “Happy to announce that our labor of love ‘Madam Chief Minister’ has been announced. My toughest part yet is grateful for the opportunity to collaborate with particularly witty Subhash Sir and with the splendid cast Manav, Aksay Oberoi, and Saurabh Shukla.”

Actor Sanjay Khan launched his new book ‘Assalamualaikum Watan’ on Monday in Mumbai and it was a star-studded evening with the likes of Hema Malini, ... Read More 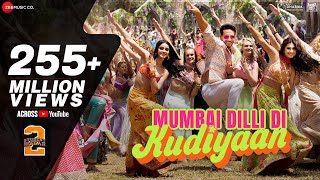 Actress Richa Chadha has once again expressed her thoughts on the controversy over her new release “Madam Chief Minister.” She said that this was an ... Read More