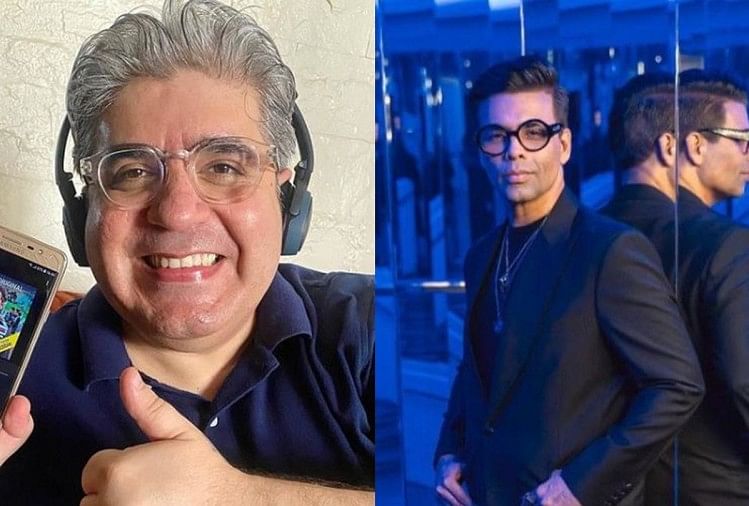 Karan Johar has hired a popular personality for Dharma Cornerstone Agency. Journalist Rajeev Masand is all set to join DCA next week. He’ll be working as the COO of the company. Karan and other top authorities at Dharma believe that “he’ll be the right person for the job and help them in scouting fresh talent and managing them.”

Masand has been heard telling that he’s taking a sabbatical from journalism. However, looking at other journalists who quit the field completely when getting into film production and related business, it seems like Rajeev Masand, too, would go the same way.

On January 15, 2021, the official statement read, “After over two decades of a dynamic career as an astute journalist and renowned film critic, Rajeev Masand now steps in as the COO at Dharma Productions’ and Cornerstone’s latest venture — Dharma Cornerstone Agency. With his exemplary work in the Indian entertainment industry, Masand will now be responsible for driving greater management stability with a stronger focus on development at the talent management agency through various avenues for each individual.”

It further read, “Masand’s thriving establishment in the industry and commendable professional experience over the years will leverage strategic thinking and impressive knowledge with a creative bend in the day-to-day operations of the agency. Harvesting quick decision-making and profitable partnerships amongst stakeholders and individuals, Masand’s position is set to align with the agency’s vision and values to elevate its progress and success in the industry. Dharma Cornerstone Agency (DCA) is all set to be an indomitable powerhouse of talent that will drive collaborations and become the benchmark for artist management and representation in the country.”

Rajeev Masand started reporting at the age of 16 at The Times of India. Later, he worked at The Indian Express followed by Star News and CNN-IBN. He additionally also writes for various other publications and websites frequently. Recently, he got embroiled in a controversy after the untimely demise of Sushant Singh Rajput.

Murad Khetani who produced the Bollywood blockbuster movie Kabir Singh, is back in news. After the success of his last movie, the producer was looking ... Read More

On Friday, the fourth and final talent to be launched under Karan Johar’s Dharma Cornerstone Agency has been officially announced. Dostana 2 debutant Lakshya will ... Read More