PM calls to check on Gujarat CM Vijay Rupani after he fainted during the rally, kept under observation for 24 hours 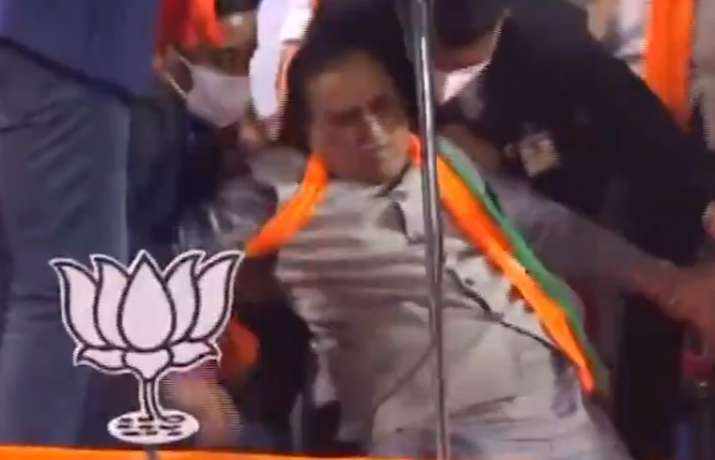 Rupani was seen collapsing on the stage during the poll rally nut his security guard ran to catch him. He was given first aid on the stage and then he was seen walking by himself from the stage.

“The chief minister collapsed while he was addressing the public meeting. His security guards caught hold of him when he fell. He was given first aid and is being taken to the airport from where he will go to a hospital in Ahmedabad,” Bharatiya Janata Party (BJP) leader Bharat Danger said.

After the report of Rupani collapsing, PM Narendra Modi spoke to him and asked him to take care of himself and get him examined properly. 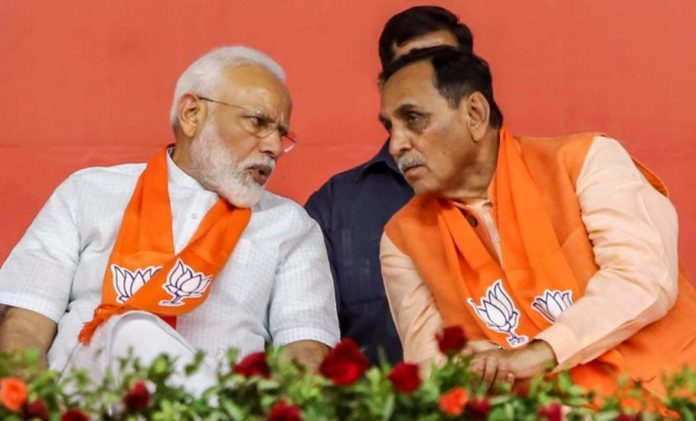 Danger said, “Rupani’s health was not keeping well for the last two days….but instead of cancelling his public meetings held in Jamnagar on Saturday and in Vadodara on Sunday, he preferred to go ahead,” Danger said.

The test reports are normal but according to officials, he would be kept under observation for 24 hours in the hospital.

“Rupaniji fainted due to tiredness and dehydration. We have done a thorough checkup and all his tests are normal,” Dr R K Patel from the U N Mehta Hospital, where the chief minister is admitted, told reporters.

The State Deputy Chief Minister Nitin Patel informed that though Rupani is fine, he would be kept under observation for 24 hours.

This was Rupani’s third political rally during the day in Vadodara.

On Friday, Delhi High Court asked the police to stick to the affidavit they had filed against the leaked chats of Disha Ravi, who was ... Read More

Mahatma Gandhi’s statue vandalised in US

Some unknown miscreants in California have vandalized, ripped off, and broken a statue of Mahatma Gandhi in a park. The Indian- Americans in the country ... Read More

On Wednesday, the National Stock Exchange (NSE) and BSE have extended trading till 5pm. The BSE said that all other market times will remain unchanged ... Read More