“A heart attack itself is a trauma and can trigger PTSD (Post-Traumatic Stress Disorder),” Dr. Viola Vaccarino, a cardiovascular researcher in the department of epidemiology at Emory University’s Rollins School of Public Health in Georgia, told Healthline. “Some of these people may have had PTSD before their heart attack since PTSD can increase the risk of heart attack.”

The study found that people who had PTSD were more likely to have a type of reduced blood flow called ischemia with mental stress than those who didn’t have PTSD.

Individuals with PTSD who re-experienced the trauma of their heart attack, such as through dreams, flashbacks, and intrusive, distressing thoughts, were most likely to have ischemia with mental stress.

Those who avoided trauma reminders and sought to numb their emotions also were at elevated risk of stress-induced ischemia.

Risks of a second heart attack

The researchers zeroed in on this particular blood vessel disorder because it’s known to be associated with the type of stress caused by PTSD.

It’s also a well-known risk factor for having a second heart attack.

Ischemia with mental stress is a form of coronary artery disease, which is the most common cause of death globally.

“People who were more likely to have symptoms like nightmares could be more vulnerable to other cardiovascular events,” Vaccarino said. “These are people who in everyday life go through repeated bouts of stress.”

Vaccarino said the study findings point to the need for clinicians to recognize the risk of PTSD among heart attack survivors and to advise patients about stress-reduction interventions.

That can start with something as simple as taking regular walks, “which are important for their psychological and physical health,” she said.

“The antidote is to give patients some sense of agency and control over the recurrence of the disease,” Jackson said.

Mindfulness meditation and exercise can control stress, while counseling can teach people how to cope with the uncertainty around their illness, he said.

“People would like to know that this will never happen again,” Jackson said. “We can’t guarantee that, but we can train people to accept that things can be uncertain but still soldier on.”

On Friday, the Union Ministry`s dashboard showed the total number of coronavirus cases that reach 10,720,048 after India witnessed an increase in the daily count ... Read More 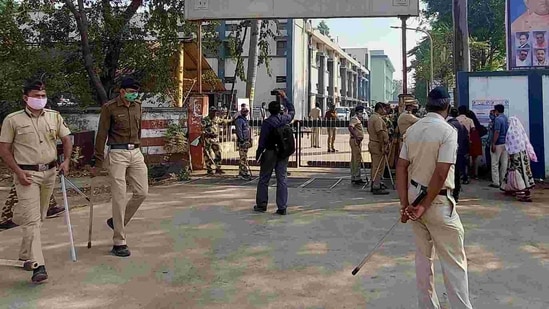 The National Human Rights Commission (NHRC) issued a notice to the Maharashtra government on ... Read More

As the Covid drive in India has started today at 10:30 and has been addressed by Prime Minister Narender Modi, on Saturday at 11:30 am, ... Read More