MHA tells Parliament that Centre will not bring Anti-conversion law 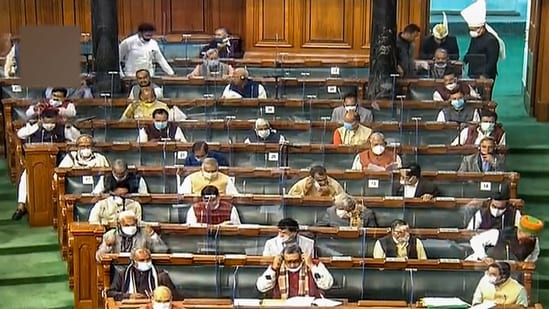 The government of Uttar Pradesh and Madhya Pradesh brought The controversial anti-conversion laws.

On Tuesday, the centre while answering to a question in Lok Sabha said that it has no plans to bring central anti-conversion law to curb inter-faith marriages in the country.

This reply of Union Ministry of Home affairs came after the decision by Uttar Pradesh and Madhya Pradesh government.

Assam and Karnataka have also announced that they will soon bring a similar law to curb the inter-faith marriages. These states are ruled by BJP.

The MHA was also asked whether the government thinks that interfaith marriages are happening due to forceful conversions.

MHA’s response stated, “‘Public Order’ and ‘Police’ are State subjects as per the Seventh Schedule to the Constitution of India. Hence prevention, detection, registration, investigation and prosecution of offences related to religious conversions are primarily the concerns of the State Governments/Union Territory (UT) Administrations. Action is taken as per existing laws by the law enforcing agencies whenever instances of violation come to notice.”

Recently, the Allahabad High Court had dismissed a plea to the Centre to consider legislating a law regulating the religious conversion on the pattern of the law legislated on the subject by the State of U.P. and other States.

Recent controversy over Anti Conversion law began after promulgation of the Uttar Pradesh Prohibition of Unlawful Conversion of Religion Ordinance 2020. The same is under challenge before the Allahabad High Court.

Article 213 of the Constitution under which U.P. Governor Anandiben Patel promulgated the ordinance says the Governor shall not, without instructions from the President, promulgate any such ordinance if a bill would have “required the previous sanction of the President” for introduction in the Legislature.

On Saturday, the Congress committees of Rajasthan, Madhya Pradesh organised multiple protests against the fuel price hike. In Madhya Pradesh, Congress has demanded that the ... Read More