The shooting of the movie Kun Faya Kun has wrapped up after the actor Harshvardhan and Sanjeeda Shaikh reunited for director Kushan Nandy’s. Harshvardhan posted a picture with Sanjeeda and the director on his Instagram.

The shooting took place in Mahabaleshwar, Wai, and Panchgani in Maharashtra in November, December, and January.

Sanjeeda posted a photo of the film’s team on Tuesday and wrote on Instagram: “A breathtaking thriller, a fun-filled shoot, finally comes to a wrap! My next movie Kun Faya Kun. directed by @kushannandy is coming to cinemas soon. Stay tuned! #KunFayaKun.” 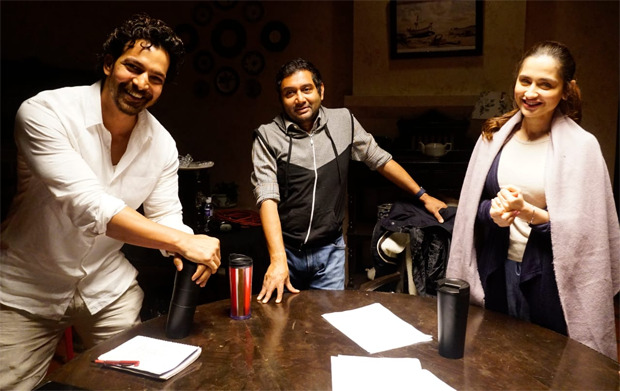 The makers told the audience that the name of the film is related to the genre of the film. After their outstanding performance in the latest release Taish, actors Harshvardhan Rane and Sanjeeda are going to impress fans once again with their great acting skills.

A video shared by Harshvardhan Rane on Instagram showed the lead cast speaking about the film and revealed that the film would be an action thriller. While captioning the post, Harshvardhan wrote, “Announcement! Knock, knock who’s there? Here’s a sneak-peek of my next movie Kun Faya Kun, an edge-of-the-seat thriller, directed by @kushannandy. Shoot begins tomorrow.” (sic)

Talking about the idea of the film’s announcement through a video, the director Kushan Nandy issued a statement and said, “Since the title of the film is like a mystery in itself pulling the audiences in, we thought it would be perfect to give them a sneak peek into what to expect from the film by telling them a bit, and holding up a bit. The announcement video also gives out the amazing onscreen camaraderie that Harshvardhan and Sanjeeda share, and we hope we have been able to pique the audience’s interest with it.”