Jaya Bachchan hits back at BJP’s Ravi Kishan, says Government must stand with the entertainment industry.

MPs can raise issues in the Zero Hour only after the approval of the Speaker, on the second day of the Monsoon Session in Parliament, the Samajwadi Party MP Jaya Bachchan gave a Zero Hour notice in Rajya Sabha to discuss conspiracy to defame the film industry.

During the session, she said, “People in the industry are being flogged by social media. People who have made their names in Bollywood have called it gutter.”

The death of actor Sushant Singh Rajput has led to anger among fans. On social media, fans have called out nepotism in Bollywood like never before. Fans also want action on the alleged drug menace in the industry.

Jaya Bachchan raised this issue and said that “Government must stand with the entertainment industry. Just because of a few people, its image cannot be tarnished.” She said, “I hope that the government tells such people not to use this kind of language.”

People in the entertainment industry are being flogged by social media. People who made their names in the industry have called it a gutter. I completely disagree. I hope that govt tells such people not to use this kind of language: MP Jaya Bachchan in Rajya Sabha pic.twitter.com/3OkeUrXnqP

On Monday, BJP MP Ravi Kishan raised the issue of drug trafficking in the Lok Sabha. He said the drug menace has affected Bollywood. Subsequently, he asked the government to take strict action against those involved in drug trafficking.

He further added that drugs reportedly come into India from China and Pakistan.

Replying to BJP MP Ravi Kishan’s remark, Bachchan has said, “just because there are some people, you can’t tarnish the image of the entire industry. I am ashamed that yesterday one of our members in Lok Sabha, who is from the film industry, spoke against it. It is a shame.”

Writers are receiving love and respect but not monetarily, says Hansal Mehta

‘City Lights’ director Hansal Mehta on Wednesday said writers and directors are given a lot of love and recognition in the film industry today but ... Read More 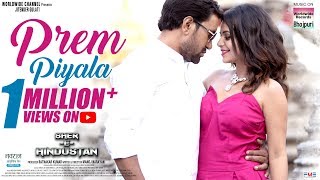