Versatile actress Shabana Azmi met with an accident on 18th of January, She was returning to Mumbai from Pune in a Tata Safari car when her driver overtook the vehicle ahead of him from the left-most lane and crashed into a truck.

Shabana Azmi, who was bleeding from the head and face, was rushed to MGM Medical College at Kamothe in Navi Mumbai. Shabana was admitted to the hospital at 4.45 pm. She underwent CT scans and X-rays of the head, neck, and chest, and ultrasonography of the abdomen said Medical Superintendent Dr. K R Salgotra.

She suffered a subdural hematoma to the left side of her brain, a fracture below her right eye and injuries to her cervical spine. At her request, we shifted her to Kokilaben Dhirubhai Ambani Hospital in Andheri (West),” said Dr. Salgotra.

The case was lodged under sections 279 (Rash driving on public way) and 337 (Causing hurt by act endangering life/personal safety of others) of the Indian Penal Code besides sections of the Motor Vehicles Act.

Raigad Superintendent of Police Paraskar said “We have booked driver Kamlesh Kamath under Indian Penal Code Sections 279 and 337 for rash and negligent driving and provisions of the Motor Vehicles Act. He is not yet arrested,”

Lyricist Javed Akhtar on Sunday gave an update by saying ” Don’t worry. She is in the ICU but all the scan reports are positive. It seems there’s no serious harm done,”.

Prime Minister Narendra Modi also wished the actress a speedy recovery. On Twitter, he wrote: “The news of Shabana Azmi Ji’s injury in an accident is distressing. I pray for her quick recovery.”

On Wednesday, Legendary Punjabi singer Sardool Sikander passed away at Fortis hospital at the age of 60. He was admitted to the Fortis Hospital in ... Read More 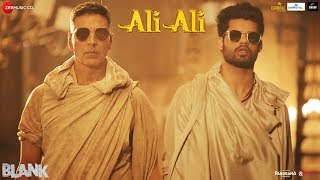 Disney reveals trailer of ‘Falcom and the Winter soldier’

“The Falcon and the Winter Soldier”, trailer of the Marvel Cinematic Universe limited series released during the Super Bowl 2021 on Sunday by Disney just ... Read More