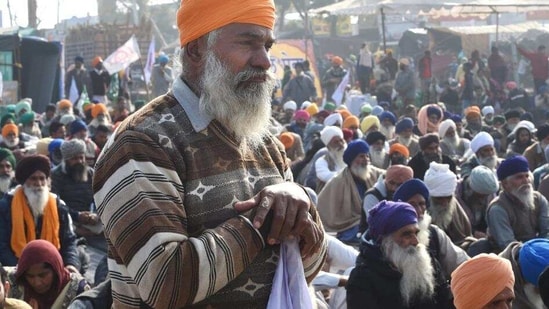 “In a full general body meeting of Samyukt Kisan Morcha today, the proposal put forth by the Govt yesterday was rejected. A full repeal of three laws and enacting legislation for remunerative MSP for all farmers were reiterated as the pending demands of the movement,” Samyukt Kisan Morcha, which is the umbrella body of 40 farmers’ unions, said after discussing the Centre’s proposal.

After a month long stand-off between the farmers and the Centre, this is the first time that centre has proposed to keep the laws on hold for the time being. This time is expected to be utilised for further talks between the farmers and the centre so that a common ground can be reached.

After Wednesday’s meeting, Union agriculture minister Narendra Singh Tomar also expressed hope and said a solution is possible on January 22, the 11th round of meeting between the two parties.

During the meeting on Wednesday with the ministers, many union leaders objected the proposal as they said “postponing the implementation of the laws would bring no solution”.

They only want complete withdrawal of all the three laws and a legal guarantee of the MSP system. The leaders, however, said “the final decision on Centre’s proposal will be taken only after discussing it in details”.

The unions held their discussion on Thursday and said “they will not be accepting the Centre’s proposal”.

The situation again returns to no solution and which the decision is left on Centre’s court to decide its further course of action to address the farmers’ issues.

Supreme court has already kept the implementation of the three laws on hold early this month.

The apex court also set up a committee which will find a solution to the ongoing impasse after consulting with all stakeholders. The SC-appointed committee held it first discussion on Thursday.

Amidst the ongoing farmers protest against the 3 farm laws, India condemned a debate by some British lawmakers on the issue of peaceful protests and ... Read More

On Monday, women farmers, students and activists will be taking part in the farmers protest against the 3 farm laws. On International Women's Day, the ... Read More