Due to rise in fuel price, Odisha calls for seven-hour Odisha Bandh on February 15

On Tuesday, State Congress president Niranjan Patnaik who blamed the Centre and the Odisha government for rising of the fuel prices, said that the shutdown would begin from 7 am and continue till 1 pm.

He said that the shops and other business establishments will remain close and vehicles will stay off the roads during this period.

Patnaik said that there is no other option than to protest against the habit of government of hiking fuel prices. He also said that his party is aware that people will face many inconveniences due to the Bandh. 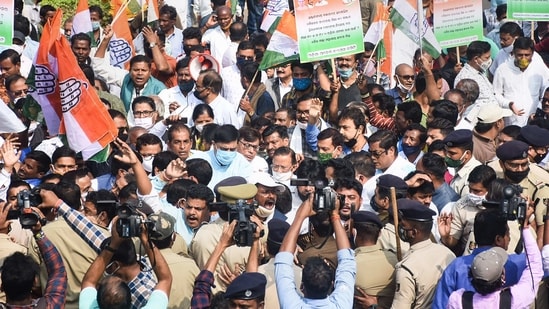 Patnaik asked the state government to reduce tax on petrol and diesel in order to give some relief to the people who are already sustaining hardship due to the pandemic. He also seeks support of the public for the Bandh.

The steep hike in fuel prices leads to increase in the prices of other essential commodities. He said that both the Centre and state government is imposing unreasonable taxes on petrol and diesel.

“The two governments must be held accountable. Only a sharp reduction in fuel prices will give relief to the common man,” he said.

Patnaik also added that the Congress will also raise issue of the Mahanadi water dispute and political killings in the state. It will also raise the issues of the border dispute between Odisha and neighbouring states.

“Under the BJD government, ‘jal, jungle aur zameen’ (water, forest and land) are in danger in our state. In recent years, killings have become rampant. Our mothers and sisters are not safe on the streets. We need to raise our voice. I appeal to the people to support the bandh,” he said.

The National Disaster Response Force (NDRF) has started to set up its teams in West Bengal and Odisha as Cyclone Yaas is likely to hit ... Read More

The National Green Tribunal has formed a committee to look into a plea alleging illegal mining and stone crushing in Odisha. A committee constituted by ... Read More

Similipal forest fire: What is happening in Odisha?

On Tuesday, the forest and fire personnel controlled most parts of the fire in Odisha's Similipal forest division. The head of the task force to ... Read More