On Tuesday, India said that it has no concerns with the AstraZeneca Covid-19 vaccine even after South Africa has put it on hold. South Africa has ordered 10 million more doses from its own immunization campaign.

After researchers in South Africa found out that the vaccine provides minimal protection in COVID-19 diseases.

Since January 16, the vaccination drive has covered 6.3 million front-line workers.

“Our vaccination programme is robust and valid, and I assure you that we are going ahead with it, not worried at the moment,” Vinod Kumar Paul, a top Indian vaccine official, told a news conference. 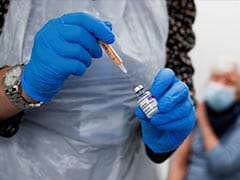 “We will intensify our surveillance and we will be watching other developments in due course.”

The Serum Institute of India (SII) has licensed the vaccine from AstraZeneca and Oxford University.

“The country is also using the COVAXIN shot developed at home by Bharat Biotech with the state-run Indian Council of Medical Research. Bharat Biotech has supplied 5.5 million doses to the government and is selling 4.5 million more”, a company spokeswoman told.

By August, the government aims to cover 300 million people.

India has reported 10.85 million infections and more than 155,000 deaths – though cases have fallen sharply since September.

“India is fortunate to have two great made-in-India vaccines, and as many as six-seven vaccines in the pipeline and perhaps many more,” Paul said.

Bharat Biotech said, “it could export its vaccine to Brazil and the United Arab Emirates this week, a major success for the shot approved at home for emergency use without efficacy data from a late-stage trial”.

In March, Bharat Biotech has applied to conduct a Phase III trial for COVAXIN in Brazil, which plans to import 8 million doses in February and another 12 million.

On Thursday, Canada`s health department joined the European counterparts for backing AstraZeneca COVID-19 vaccine and said that they do not lead to overall increase in ... Read More

CDC: AstraZeneca can be used by nations without South African variant

On Thursday, the African Union`s disease control body said that African countries should proceed with the rollout of the AstraZeneca COVID-19 vaccine as they have ... Read More