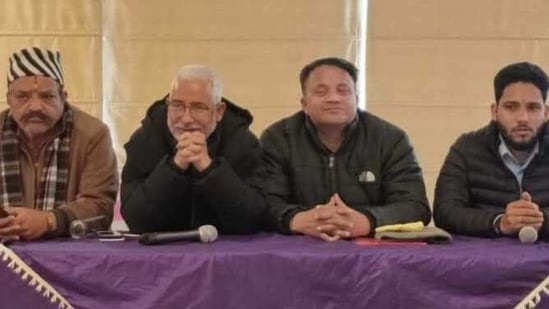 The Congress party`s Rajya Sabha MP Pradeep Tamta backed Harish Rawat for the face of CM for the 2022 assembly elections in the state.

On Thursday, Tamta said that Rawat was the most popular face of the Congress in Uttarakhand and as such he should be projected as the chief ministerial candidate in the 2022 assembly election.

“If the party high command declares another face other than Rawat in the state that too will be acceptable, but Harish Rawat is the most suitable and popular face among party workers and voters,” Tamta said at a press conference in Haldwani.

Tamta, who is a supporter of Rawat, said declaring him as the CM face will be beneficial for the Congress in the election. “The party should declare a CM face since there is confusion in party workers in the state and it may create disillusionment among them. Delay in projecting Bhupendra Singh Hooda as CM in Haryana, ousted the party from the power while in Punjab and Karnataka the party got the advantage as it had declared a CM face before the elections”, he said.

Other than Tamta, no one has backed Rawat as the face for chief minister. In one of his social media posts, Rawat had ruled himself out of contention.

Amid the tug of war in the party, Tamta’s backing of Rawat may now fuel more controversy in the party.

Pradeep Tamta gave the example of the last assembly election in Haryana and claimed that not naming Bhupinder Singh Hooda as the chief ministerial candidate cost the Congress heavily.

On Tuesday, while bidding farewell to 4 outgoing members of Rajya Sabha, Prime Minister Narendra Modi got emotional. Modi recalled the years he worked with ... Read More

Vice President and Chairman of Rajya Sabha M Venkaiah Naidu urged all the Members of Parliament to promote the Indian Languages. He described the first ... Read More