CAPF companies deployed in Delhi till March 15 by MHA

Till March 15 to maintain the law and order in the state, 93 companies of Central Armed Police Forces have been deployed by the Ministry of Home Affairs amid the ongoing farmers` protest.

“Rest 20 companies of CRPF, BSF and CISF will be de-inducted after March 10,” it added.

Rakesh Tikait, Rajasthan`s Sikar on February 24 while addressing a Kisan Mahapanchayat, threatening the central government said that if the Centre does not take the three agriculture farm laws back, the farmers will ‘gherao’ the Parliament with 40 lakh tractors.

Also, on the occasion of Women`s day on Monday, thousands of women farmers joined the ongoing farmer protest at the Delhi`s border. 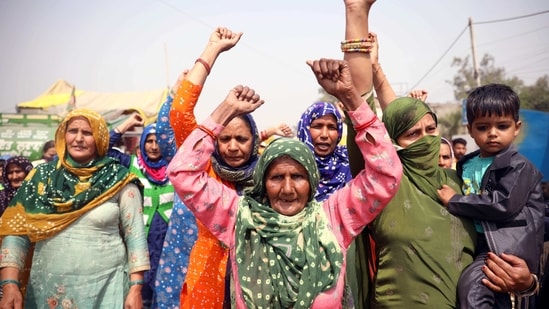 The women protesters organised marches at the sites and wore yellow and green scarves and held he flags of various farmer union groups.

“Women arrived at the borders in tractors, cars, jeeps, tempo, buses and trains, waving mazdoor kisan flags, to protest against the three agricultural laws,” she said.

The farmers have been protesting against the three farm laws- Farmers’ Produce Trade and Commerce (Promotion and Facilitation) Act, 2020; the Farmers Empowerment and Protection) Agreement on Price Assurance and farm Services Act 2020 and the Essential Commodities (Amendment) Act, 2020 on the Delhi borders since November 26 last year.

The implementation of the three laws was, in January was put on hold by the Supreme Court.

This move came after the republic day violence when the farmers took out a tractor rally.

The Delhi Police has clarified that climate activist Disha Ravi is one of the editors of the toolkit. The toolkit shared by Swedish activist Greta ... Read More