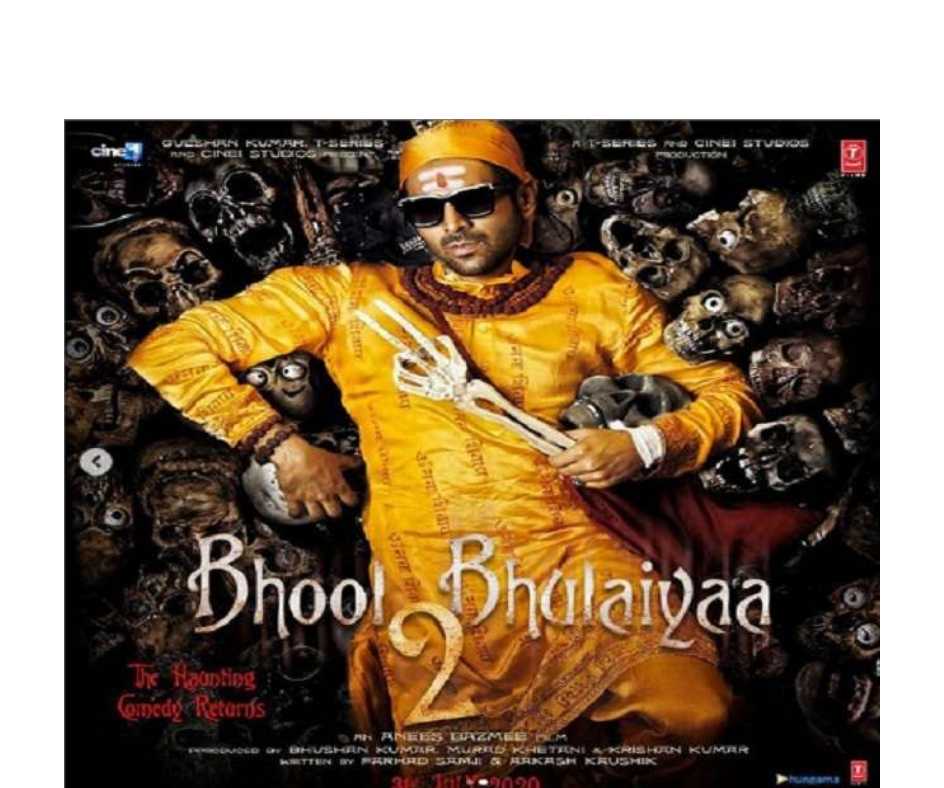 On November 19 this year, Bhool Bhulaiyaa 2 is ready to release in theatres. It stars Kartik Aaryan and is a psychological-comedy-thriller.

The team of the film announced the release date of the film in a unique way. Karitik, director Anees Bazmee and producer Bhushan Kumar and Murad Khetani were seen holding skulls in their hands.

The makers wrote on Instagram, “The edge-of-the seat comedy psychological thriller starring Kartik Aaryan, Tabu and Kiara Advani will release in theatres on 19th November 2021. Produced by Bhushan Kumar, Murad Khetani, and Krishan Kumar under the banner of T-Series and Cine 1 Studios, the film is directed by Anees Bazmee & written by Farhad Samji and Aakash Kaushik.” Bhool Bhulaiyaa 2 is a sequel of the horror-comedy that was released in 2007 and starred Akshay Kumar and Vidhya Balan. It was directed by Priyadarshan.

Bhool Bhulaiyaa 2 is produced by Bhushan Kumar and Krishan Kumar under their banner T-Series and Murad Khetani of Cine 1 Studios.

The cast of the film also include Tabu, Kiara Advani, Rajpal Yadav, and Govind Namdev. The film is written by Farhad Samji and Aakash Kaushik.

The shooting of the film was going on in Lucknow when the nationwide lockdown was announced. The shooting was halted in March 2020 due to the pandemic.

Kiara Advani will be seen in Shershaah that will also star Sidharth Malhotra and is ready to release on July 2.

Kartik Aryan was last seen in the film Love aaj kal along with Sara Ali Khan. He has another films in pipeline. They are Dostana 2 directed by Karan Johar and Dhamaka that is directed by Ram Madhvani.

Festive releases have always meant that a massive hit is on its way. Due to the pandemic, this year’s festive releases are the most awaited ... Read More