Bangladesh Prime Minister Sheikh Hasina has been re-elected as the president of the ruling Awami League while the country’s transport minister Obaidul Quader will continue to be the party’s general secretary.
Hasina was re-elected to the post for a ninth term, while Quader has been re-elected for a second term, The Daily Star Bangladesh reported.
The two leaders were elected on the final day of the two-day national council of Awami League held at the Institute of Engineers, Bangladesh here.
Awami League Presidium Member Advocate Abdul Matin Khasru proposed Hasina’s name as the party’s president while another presidium member Pijush Kanti Bhattacharya supported the Prime Minister’s candidature.
On the other hand, Awami League’s joint general secretary Jahangir Kabir Nanak proposed the name of Quader and another joint secretary of the party Abdur Rahman supported Quader’s candidature.
Both the posts of Hasina and Quader were confirmed by the Chief Election Commissioner of the Awami League national council Yusuf Hossain Humayun.

The only major economy in the world to end with positive GDP growth in 2020 is China. In December quarter, the GDP was 6.5% according ... Read More

British Prime Minister Boris Johnson said on Monday that he was confident that both the AstraZeneca and Pfizer COVID-19 vaccines helped prevent death and grave ... Read More 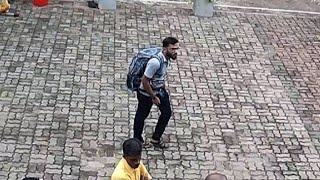