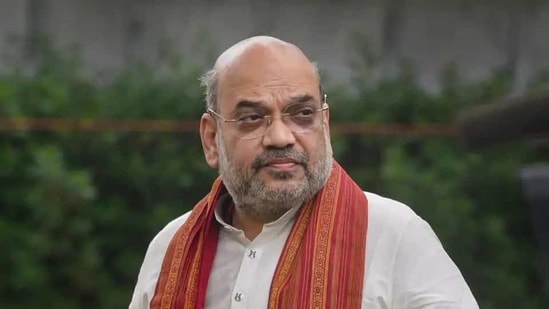 “Why? So many people take pride in this chant. Why do you get insulted by this slogan? Because you have to appease one section for votes,” Shah said.

“If slogans of Jai Shri Ram are not raised here, will it be raised in Pakistan?” the BJP leader said.

“In 2017, Mamata Banerjee had said BJP will get zero in West Bengal. But then you gave 18 seats to BJP. Now, she is looking for seats — from where she can contest,” Amit Shah said. This statement came after Mamata’s recent announcement that she would contest from Nandigram as well after Suvendu Adhikari joined the BJP. He talked about Centre`s budget allocated to West Bengal. Amit Shah said, “Bengal worships Devi Durga but for that you have to go to the court. Bring us to power and it will be a land of both Ram Navami and Durga Puja.”

PM Narendra Modi and the Chief Minister Mamata Banerjee made a rare joint appearance at West Bengal`s Victoria Memorial to launch an exhibition to honour Netaji but Ms Banerjee cancelled her speech after being heckled by supporters of the BJP with chants of “Jai Shri Ram”.

“I’ll step down…”: Amit Shah responds to Mamata’s demand for his resignation

On Sunday, Union home minister Amit Shah urged the people of Bengal to vote for the Bharatiya Janata Party in the ongoing assembly elections and ... Read More