The Khajuraho Dance Festival that is known for its ancient Hindu and Jain temples, will begin at the UNESCO World Heritage in Madhya Pradesh on Saturday. It will be a six-day festival.

After the Archaeological Survey of India (ASI) permission, the festival is being held on the temple premises after 44 years.

“The dance festival was introduced 46 years ago on the premises to promote heritage and tourism. But ASI cancelled the permission after the reports of destruction of monuments and defacement of idols. For the past 44 years, the state government has been organising the festival in an open garden developed near Western Group of Temples,” said a state culture department official. 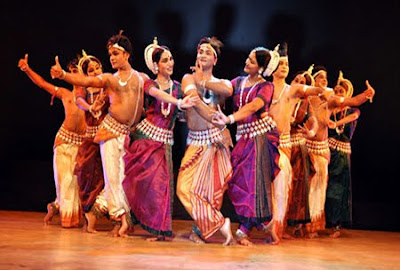 Following Union culture and tourism minister Prahlad Singh Patel`s intervention, the permission to conduct the festival indoors was given by the ASI.

Patel said that they want to make the festival attractive and popular fornational as well as international tourists. He further said that Khajuraho has been added to the list of 19 iconic world tourism sites. “Hence, the ASI granted permission to the state government.” The safety and security of monuments will be taken care of by the state government.

As some idols of temples were damaged during an event in 1976, former ASI superintendent Narayan Vyas said that the festival was cancelled to protect it from thieves and damage.

“The performances are organised late at night and it is tough to keep a watch on spectators. There is a risk that idols at the monuments can be stolen or defaced by participants or spectators. To promote tourism at a popular site through dance festival is not a wise decision,” he said.

The festival will be organised for the promotion of heritage, Culture and tourism department principal secretary Sheo Shekhar Shukla said.

“We will take care of both the safety and security of temples and idols,” he said.

He further said, “We have designed the festival to attract tourists to boost the economy of the area. Khajuraho’s economy is mostly dependent upon international tourists. During Covid 19 pandemic, local guides, artisans and hoteliers are facing a tough time due to the decrease of the footfall of international and national tourists.”

On World Water Day, UP and MP sign the Ken and Betwa linking project